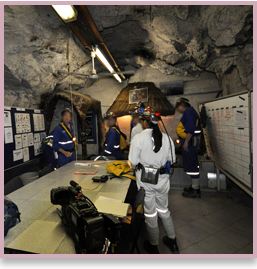 The diamond is more than just aesthetically beautiful-it's an enduring symbol of love, romance, and commitment. The stone's name is derived from the Greek word 'adamas', which translates to "unconquerable". This symbolic meaning lends itself well to the diamond's historic commemoration of eternal love.

The earliest diamonds were found in India in 4th century BC, although the youngest of these deposits were formed 900 million years ago. A majority of these early stones were transported along the network of trade routes that connected India and China, commonly known as the Silk Road. At the time of their discovery, diamonds were valued because of their strength and brilliance, and for their ability to refract light and engrave metal. Diamonds were worn as adornments, used as cutting tools, served as a talisman to ward off evil, and were believed to provide protection in battle. In the Dark Ages, diamonds were also used as a medical aid and were thought to cure illness and heal wounds when ingested. 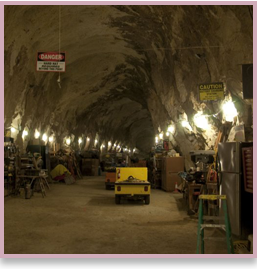 Diamonds are made up of 100% carbon. Diamonds are created when carbon is subjected to the extremely high pressures and temperatures found at the earth's lithosphere, which lies approximately 90-240 miles below the earth's surface.

Until the 18th century, India was thought to be the only source of diamonds. When the Indian diamond mines were depleted, the quest for alternate sources began. Although a small deposit was found in Brazil in 1725, the supply was not enough to meet world demands. 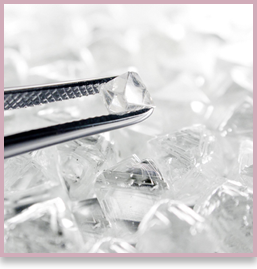 In 1866, 15-year-old Erasmus Jacobs was exploring the banks of the Orange River when he came across what he thought was an ordinary pebble, but turned out to be a 21.25-carat diamond. In 1871, a colossal 83.50-carat deposit was unearthed on a shallow hill called Colesberg Kopje. These findings sparked a rush of thousands of diamond prospectors to the region and led to the opening of the first large-scale mining operation which came to be known as the Kimberly Mine. This newly discovered diamond source increased the world's diamond supply substantially, resulting in a significant decrease in their value. The elite no longer considered the diamond a rarity, and began to replace this "common" stone with colored gemstones. Emeralds, rubies, and sapphires became more popular choices for engagement ring stones among the upper class. 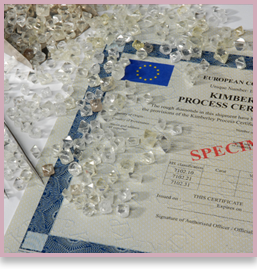 In 1880, Englishman Cecil John Rhodes formed De Beers Consolidated Mines, Ltd in an effort to control the diamond supply. Although DeBeers was successful in their efforts to control the supply of diamonds, demand for the stone was weak. By 1919, diamonds were devalued by nearly 50%. In 1947, DeBeers commissioned the services of leading advertising agency N.W. Ayer, and the slogan "A Diamond is Forever" was coined. The premise of this large-scale marketing campaign was the suggestion that diamonds should be the only choice for engagement rings. The DeBeers advertising campaign was wildly successful, and was a contributing factor to today's widespread embracing of the tradition of diamond engagement rings. In today's fine jewelry market, more than 78% of engagement rings sold contain diamonds. 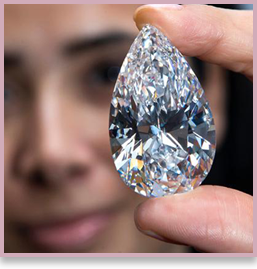 With the surge in popularity of the precious stone, many companies and organizations began campaigns to educate jewelers and consumers about what to look for when selecting a diamond. As jewelers experimented with ways to enhance the diamond's visual appeal and presentation, new cutting techniques were adopted to help increase the stone's brilliance. Over time, several prominent shapes emerged as the most popular varieties, including Round, Oval, Marquise, Princess, and Emerald.

Today, the world's diamond deposits are slowly becoming depleted. Less than 20% of the diamonds mined are of gem quality; less than 2% are considered "investment diamonds". 75-80% of mined diamonds are used for industrial applications, such as grinding, sawing, and drilling. Typically, more than 250 tons of ore must be mined in order to produce a one-carat, gem-quality stone. 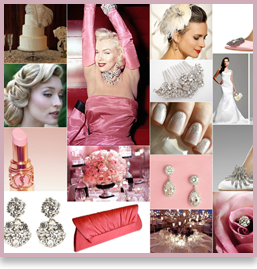 The diamond's rarity, beauty, and strength make it a fitting symbol of the resilience and longevity of marriage. In addition to engagement rings, diamonds are traditionally given as gifts to commemorate the milestone of the sixtieth anniversary. With their rich history, sense of permanence, and lustrous brilliance, diamonds are a natural choice to signify a lasting union.